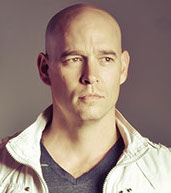 Kevin McMahon has been directing professionally since 2003 when he directed his first reenactment for the Fox television show America’s Most Wanted.  He spent eight years working for the show as a D.P. and Director for both the documentary and reenactment elements of the show.  An International Cinematographer’s Guild member since 2004, he is the first D.P. to convince Viacom to allow a series to be recorded onto solid state media.  The tapeless workflow he created for media management and protection for the Spike TV comedy series “Players” is the standard today and landed him the August 2009 cover of Videography Magazine.  As a cinematographer Kevin has worked on over 250 television series, feature films, product videos, docs and music videos.

Kevin’s experience led him to direct pilots and specials for other production companies and networks.  He has directed music videos for Grammy winning artists and won awards for his work.  His video for Latin Super Star and Warner Bros. artist Beto Cuevas for the song "Quiero Creer" featuring Flo Rida was the number one video in Latin America and Mexico for 10 straight weeks.  Kevin is also a favorite director of Canadian Country Music Star Heather Ballentine, having directed four videos and a television pilot for the singer.

A graduate of UCLA Professor Emeritus Lew Hunter’s Superior Screenwriting Colony, Kevin is a prolific writer with a diverse range of genres.  His screenplay for the military action/paranormal thriller “Classified” is set to go into production in July of 2016 with an $8 million budget.  He will also serve as the D.P. and has developed a new camera system to give the action a more immersive feel.  He has had three other scripts receive options and was the writer on “The Beny Ed Series,” a web series about a musician who made a pact with the devil and “Bad Economy,” a comedy about an out of work Philosophy PhD looking for a job.

Kevin's directing credits include The Beny Ed Series, which has amassed over one million views, political commercials, product demos, segments for The Millionaire Matchmaker on Bravo, the web series Bad Economy, several short films including the award winning CLASSIFIED and MILITARY HUSBAND, which he also wrote about a man who's wife gets sent to the war in Iraq while he has to stay at home.

An athletic scholarship took him to the University of Nebraska - Lincoln where he studied Broadcast Journalism and Television Production with minors in Film Theory and Criticism, English and History.  While at UNL Kevin won the Northwest Broadcast News Association's top prize for Best Documentary.  He was also a five time NCAA All-American athlete, Academic All-American and went on to become a member of the United States National Team for Diving where he won 10 National Championships and the World Cup.

Currenlty Kevin is serving as producer for the upcoming feature KNUCKLE starring Gary Oldman while also prepping his film CARRY ON, which he wrote and will direct as well as finding a new partner for the feature length version of CLASSIFIED. 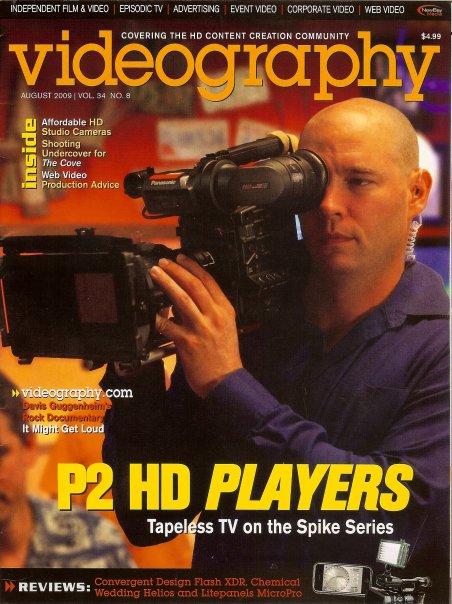 Kevin is an experienced Cinematographer and Camera Operator with a long an diverse list of credits.  During college at the University of Nebraska - Lincoln Kevin worked for Husker Vision as a camera operator and filmed the home football games during the 1994 National Championship season.  Much of his work was seen on Fox, NBC and ESPN.

After coming to Hollywood he found himself behind the camera again on television shows like Ripley's Believe It Or Not!, America's Most Wanted and The Worst Case Scenario.  As an operator Kevin excelled quickly and soon became a Director of Photography.  In 2004 he joined the International Cinematographer's Guild as a D.P. and continued to work on Docu-Dramas, True Crime, Reality and Episodic Television and Feature Films.

In 2009 Kevin was the first D.P. to shoot a scripted series recorded on solid state media.  In order to convince Viacom and SpikeTV to allow him to shoot SpikeTV's comedy "Players" on Panasonic's P2 cards Kevin had to create a redundant media management work flow that was safe and reliable.  His method was written about in many publications and it also landed him the cover of Videography Magazine.  His work flow is the current standard being used today and paved the way for other shows to utilize cameras that record onto solid state.

While in development for a feature which he also wrote, a military action/paranormal thriller called "Classified," Kevin spent several months developing a prototype camera system specifically created to capture the immersive style of the film.  Though the feature remains unproduced Kevin edited the test footage into a short film that has gone on to win several awards including Best Super Short Film at Shriekfest LA 2017.

The Devil's in the Details

Kevin McMahon as Director of Photography 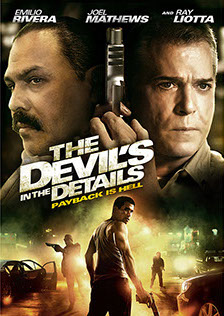